Epiphany, also known as Three Kings Day, proclaims and rejoices in the revelation of God incarnate as Jesus Christ. In Western Christianity, this day serves as a remembrance of the visit from the foreign, gift-bearing astronomers to the Christ Child.

“When they saw the star, they rejoiced with exceeding great joy. And when they came into the house, they saw the young child with Mary his mother, and fell down, and worshipped him: and when they had opened their treasures, they presented unto him gifts; gold, and frankincense and myrrh.” 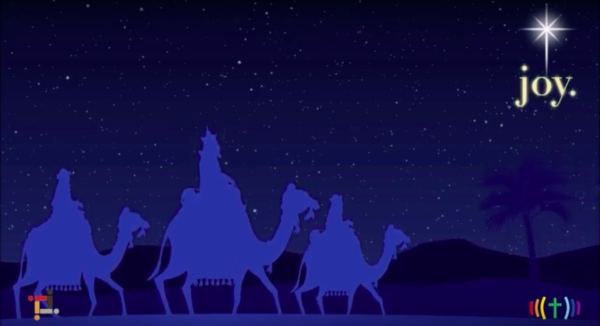 Last month in Christmas pageants all over the world children got to re-live the nativity story. Focusing on the text found in the gospel of Luke, this narrative mentions Emperor Augustus, but leaves out King Herod entirely, omitting his slaughter of babies under two years old. Although the ‘massacre of the innocents’[1] is a story that may be considered folk-lore or myth[2], we should not opt for the more palatable story of Advent and Jesus’ birth that is told through a lens that can be easily digested by children. There are innocents being left to the slaughter at the American border while fleeing places like Honduras in order to escape gang violence. Muslims are being violated and assaulted in India and sent to concentration camps in China. The queer manifestation of these foreign, gift-bearing astronomers calls us to outwit the King Herod’s of the world.

Isaiah 60:1 says “Arise, shine for light has come.” I say, “UpRise!”. Give and glow your hearts, shine your light in the world until the darkness is banished. Epiphany is here to liberate us. We are called to play the role of the shepherds and angels we find in the gospel of Luke. Let us lead with love for the hunted, the haunted, the queer, the oppressed and most vulnerable.

“As a queer person, I love that scripture isn’t ashamed of the Magi’s queerness or strangeness. In fact, it is their queer sensibilities and their queer ways that enable them to see and appreciate the actions of God at work right under the very nose of the Temple and other authorities, who either miss what’s happening or get so upset by it that they take tragic actions to stop God’s new and liberating work from being done among the poor, and the animals and the foreigners and the queer people. It’s hard not to relate to the Magi on this one.” – Reverend Caleb Tabor [3]

May Emmanuel, God with us, be a light in our lives with boundless love for ourselves and our world.