On December 1,1988, World Aids Day became the first ever global health day to be commemorated annually. The AIDS movement evolved into an advocacy mission with a global reach that continues to have significant impact on the history of social justice and activism. A report from NPR states that by the mid 1980’s, President Ronald Reagan had yet to utter the word AIDS even after more than 6,000 Americans had already died. [1] Trailblazing grassroots groups like ACT UP were hugely successful in bringing the unspoken and unseen into the light. Their Wall Street die-in protests and their SILENCE = DEATH campaign replaced stigma with a deeply entrenched humanity that forced the United States and the entire world to see the faces of the afflicted and acknowledge how insidious this disease was.

World Aids Day is the counter narrative to the fallacy that everything is ok now. It is a public service announcement and reminder to government leaders that the epidemic has not ended. It is a day to recognize those at risk, those living with or impacted by HIV/AIDS. It is a day restorative to the movement. According to https://www.worldaidsday.org, “globally there are an estimated 36.7 million people who have the virus”.[2] HIV/AIDS has taken the lives of over 35 million people, making it one of the most devastating pandemics in history.

Shame, stigma, discrimination and misinformation remain a reality for many gay, bisexual, trans and people of color living with the condition. Observing this day encourages empathy and action for the most vulnerable and marginalized communities. We remember the millions of lives lost and work to create a space for open and compassionate dialogue about HIV/AIDS prevention and we support access to the best treatments and new medications for all affected people.

World Aids Day demands transparency. Visibility is transformative in the fight for medical treatment, equal rights and the human dignity of people at risk, those living with and/or impacted by HIV/AIDS. It is a day of absolute hope and resilience when millions become activists and bond together to meet urgent needs. May our fight and our faith bring us closer to our common goal of ending the AIDS epidemic worldwide. 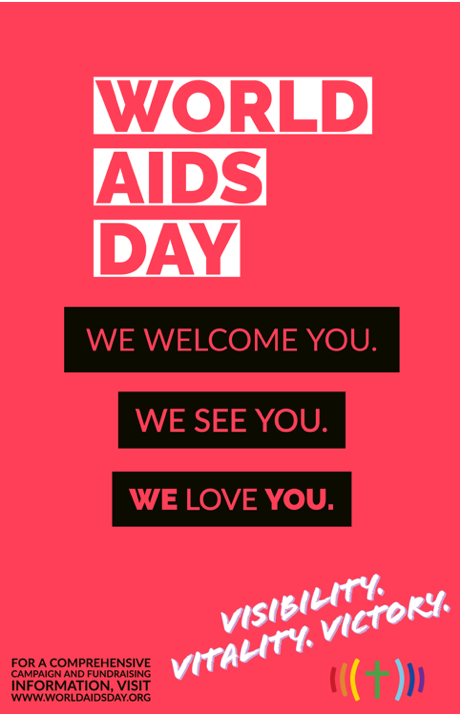